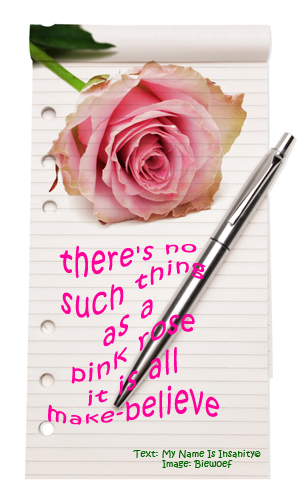 Text by My Name Is Insanity
Image by Biewoef (biewoef)
Posted by The Team at 10:00 PM No comments: Links to this post

IT is only the second day of May and already we’ve been plagued by several setbacks. But being the hardcore that we are giving up is the last thing on our mind.

Our posts have gone MIA for several days now due to a virus attack on our system. We are fixing the problem and our techies are hard at work so we hope none of our regular readers have given up on us?


Clipart: Worm - UTRESCU (utrescu)
It’s been a good rest for many in Malaysia due to the long “weekend”. Labour’s Day was on a Sunday, which makes Monday automatically a free-from-work day.

The shopping centres were jam-packed and that observation was merely at the neighbourhood malls. Wonder what it had been in the city centre of Kuala Lumpur itself?

Well, there are a lot of sales going on already and some branded boutiques are giving away impressive discounts. My credit card company has been sending me flyers, encouraging me to spend, spend, and spend! And no, I’m not tempted simply because the country’s annual grand sale is just around the corner. So my gang and I plan to splurge then.


Clipart:Happy - ZINDYI (zindyi)
At this very moment we are experiencing rain. Gorgeous, cool evening after a terribly hot, hot, summer-ish day. Not that we have summer really. But the weather is changing so much, thanks to our own carelessness in protecting the environment!

Malaysia’s Monsoon season is between November and March and the dry season is between May and September. But look what’s happening today. It’s May and it’s pouring cats and dogs. April was a very wet month as well.

Besides the virus attack and a very hard fall I experienced in the toilet of my home two days ago that left bruises on my torso, everything else is reasonably going good (pray hard).

I bumped into a long-time friend in the mall today as I was making my way to my fitness class. She had her two kids with her. “Factory closed down already,” she said when I commented she already has a pair. The elder kid hugged and kissed me. That was really sweet and to think she doesn’t even know who I am as we’ve only met once, when she was less than a year old.

The funny bit about the meet was what my friend’s mother said: “She is always working. Always in front of the computer, writing. She might as well go for a full time job”.

I think my answer of “that’s what life is these days, aunty” didn’t go down well with her. She looked quite sullen after that. Maybe I should have lied and scolded my friend so the mother is happier that someone’s on her side? Hmm…have to think about that.

Oh. And I also “met” this “loony” character – a craft shop owner who dragged me into a conversation as I was browsing her merchandise and watching her make a scrap album for a customer.
I can’t believe my ears when she went on and on complaining about a difficult customer to me. While I can understand her frustration I think it is highly unprofessional for her to criticize her customer and to a total stranger too. At the end of the day she is running a business and no matter how wrong her customers are they will always be “right”.

I walked out of her shop as she continued complaining. I refused to be a part of it. I am determined to bury all negative vibes out of my life.

Note: We’ve been asked several times why our posts mix “we” and “I” all the time. Because we are sloppy writers ? No, actually when we say “we” that refers to NewsFlashMedia and the team. When we say “I” it refers to any of the team member who is writing the post ;)
Posted by The Team at 10:15 PM No comments: Links to this post 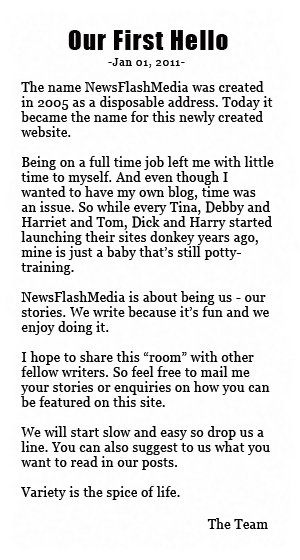